The Budget 2017- What Investors Need To Know

This is a great article by the Australian giving a summary of the budget 2017 and what it means to the Property Investor. 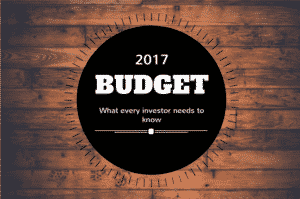 For the active investor this week’s federal budget hits a remarkable spectrum of issues: few stones were left unturned by Treasurer Scott Morrison as he issued a range of amendments that will ­affect tax, super, property and shares. This year’s budget lacked the surprise — some might say consternation — around large-scale superannuation changes we got last year. But Morrison did cast the net wide with a significant number of changes, which every investor must get to know.

Some of these changes are ­positive — in super and in home ownership and many are negative such as sharp cutbacks on property tax breaks and targeted ­measures against key investment sectors such as the banks. Crucially, there are also a ­number of political dimensions to the ultimate delivery of this budget, which must be kept in mind: it has yet to be passed and some compromises on budget details are inevitable in the weeks ahead.

This year the budget item that would appear to be in jeopardy is the planned removal of the so-called Temporary Budget Repair Levy — the extra 2 per cent individuals have to pay on annual earnings above $180,000 — which is due to be scrapped by June 30.
It has been reported the government may be put under pressure to extend the application of this tax into the future in order to get other budget measures passed.

Here are the ten things from the budget 2017 every ­investors should know:

If you sell an asset you are subject to CGT at your marginal (top) tax rate — however, if you hold the asset (such as a property) for more than a year there is a discount of 50 per cent on your CGT tax assessment.
There had been speculation the government might have cut back the discount but it has left this alone.

The negative gearing tax break, the most popular in the land, has been left untouched.
Investors can claim expenses — including interest — over and above the costs of running an asset (such as an investment property) against their tax bill. One useful aspect of the trend towards higher interest rates in the last year among the commercial banks is that the amount that can be written off in negative gearing is actually increasing … of course, this is of limited value unless the price of underlying asset is increasing too.

The budget announcement on home downsizing is offered to a very narrow range of investors. Importantly, it is a variation on the rules on superannuation contributions not on pension access or for that matter on the all-important $1.6m super “cap”.
People at any age over 65 who sell their family home can contribute up to $300,000 of the money as a non-concessional (post-tax) contribution. The measure is expected to be popular.
Under the first iteration of the new superannuation regime over 65s could only contribute $100,000 each year and they had to work at least 40 hours a month and they had to be under 75!

There is constant pressure on the government to entirely scrap the very existence of borrowing in super. Usefully, the government has not reversed its position here and SMSF operators can continue to borrow though it remains a little complex and quite expensive to do so.
However, the government has made sure nobody can play games around using borrowed funds to get around the new super cap of $1.6m to be introduced on July 1: The budget papers spells out that borrowed funds will be counted in the computation of the $1.6m cap.

If you — or someone in your ­family — are in the business of buying a first home it is worth ­explaining the budget announcement on this issue. It works like this: the saver can use voluntary superannuation contributions to build a home ­deposit fund — the maximum contribution is $15,000 a year or $30,000 in total.
This is a limited scheme — ­voluntary superannuation done through salary sacrifice is effectively limited to a tight cap of $25,000 a year from July 1 and any superannuation guarantee ­payments must be subtracted to get under the cap.
However, the ­measure does — controversially — allow super to be accessed early. Previously you could only access super before you retired in cases of extreme financial hardship.

Anyone who has ever attended a property investing seminar will know real estate agents and developers always liked to describe in detail the advantages of owning a residential property at some ­distance from your home — ideally in another state.
Such an arrangement allowed diversification in a property portfolio and offered the additional perk that any expenses incurred visiting the property such as flights, rental cars, etc were a tax deductible expense.
It is now clear the allowance — which absurdly had no limits — was being abused as the government expects to collect a whopping $540 million from the severe decision to scrap the tax allowance completely from July 1.

Another strong tax break relating to investment property has been depreciation reductions, which continue to exist — but they have been curtailed.
Most property owners use so-called “deprecation scales” to get an extra tax break soon after they buy a property.
Under an amendment in the budget a new owner of a property cannot get a tax deductions on plant and equipment purchased by a previous owner of the property.

Bank stocks got it in the eye with the budget’s surprise bank levy but other sectors may be net beneficiaries of the budget. Here’s how it breaks down
● Banks — The levy will strip $6 billion or so from the big four banks — ANZ, CBA, NAB and Westpac along with Macquarie Bank.
At its worst, according to Goldman Sachs the move could hit earnings per share by 4 per cent and the sector valuation effect could be double that figure. These are, however, forecasts, which may move due to other factors. Fund managers this week suggest the banks will be pushed to fund the tax from dividend flows — this may affect dividend per share growth forecasts.
● Property stocks — Home builders such as Stockland and Mirvac, which are major players in the first-home buyers market, are expected to benefit. On the other hand, property stocks will be hit by a GST alteration where all buyers of new homes must provide identity and pay the tax office the GST bill directly: A dreadful bureaucratic complexity that already has the industry up in arms. Also foreign investment ­restrictions have been extended so that no new property developments can have more than 50 per cent “foreign ownership”.
● Managed fund stocks — The listed superannuation managers are expected to get a boost from the new funds that should flow into superannuation with the concession variation for downsizing seniors — stocks pinpointed by Credit Suisse in a note this week include AMP, BT, Challenger, IOOF, Magellan and Platinum.
● Infrastructure stocks — This sector should get a substantial lift from the government’s very large $75bn proposed infrastructure program with the sector due to ­accelerate strongly through to the end of 2019.
CIMIC, Downer, Worley Parsons, Boral and Adelaide Brighton shares all saw a lift earlier this week as broker’s remodelled forecasts for construction, rail and airport spending.
● Health stocks — The removal of the Medicare rebate freeze for GP services will ultimately be useful to stocks in this area though it does not kick off until 2019 — stocks identified include Primary Healthcare and Sonic Healthcare.

● Capital Gains Tax. In an unlikely development there has been an ­effective reduction in CGT for some investors — it has been ­allowed through an increase in the discount available on CGT to ­investors in “qualified” affordable housing. If you buy a house and sell it after a year you get a 50 per cent discount on CGT (which is set at your marginal rate) if you buy an “affordable house” you can get a discount of 60 per cent.
● Impact Investing — Impact investment bonds are not rated but have been designed by government agencies in conjunction with private groups in order to finance select social welfare opportunities. There has been significant success in the area with the bonds such as the Newpin note paying strong ­returns. The government allotted $30m over the coming years to ­finance development especially in housing.