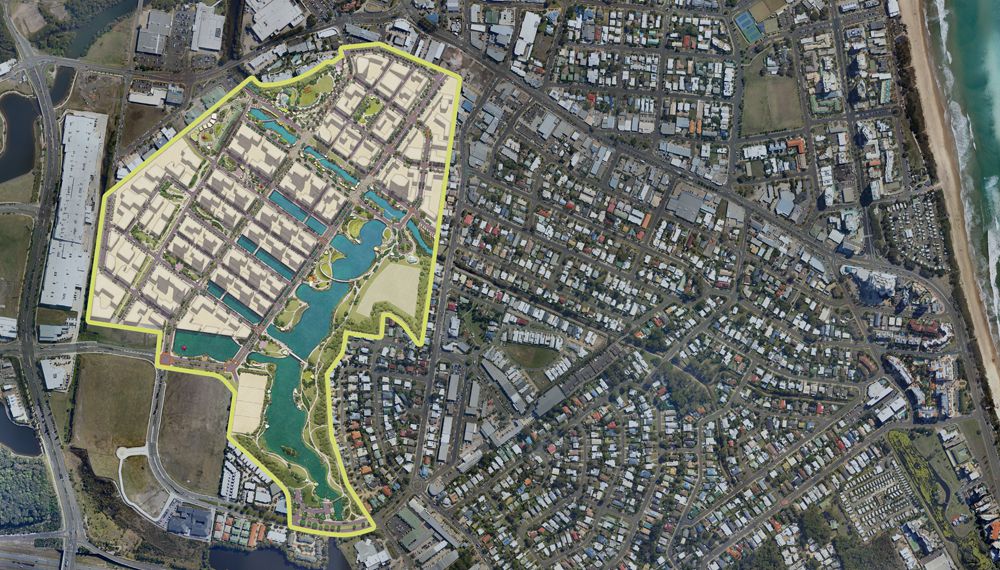 Already more than 100,000 tonnes of earth has been moved since work began on SunCentral earlier this year. Underground – around 330 metres of sewers have been laid and a high-voltage transmission line has been re-aligned. The bulk earthworks on stage one of SunCentral are now complete and the outline of the Sunshine Coast’s future CBD is now clearly taking shape. Traffic lights are currently being set up in two locations on Maud Street for entry to the new CBD with the main entrance and major intersection soon to be built via Aerodrome Road.

Civil works will be starting next month which will include installing the most technologically- advanced foundations of any city centre in Australia.  Because the 53-hectare site is essentially a blank canvas both above and below ground, SunCentral can install innovative infrastructure that would simply be too expensive to retrofit in older, established CBDs. A great example of this is the underground Automated Waste Collection System (AWCS), which will use vacuum power to transport waste from apartments, businesses and public areas through a 6.5km network of underground pipes. Conduits for three telecommunication systems will be installed for NBN, Telstra and the new Smart City fibre optic network. These will ensure the city centre has unrivalled connectivity without the disruption to roads and utilities often involved in installing broadband services.

This year will also see power lines, water mains and storm water drains installed, while on the surface the first roads and pavements will be laid down, a new park will be created and a stunning new east- west waterway will be built. The CBD will become the beating commercial heart of the Sunshine Coast – creating more than 30,000 permanent new jobs by 2040 – so it’s essential its laid on solid physical foundations. Stage 1 should be completed before the end of the year. 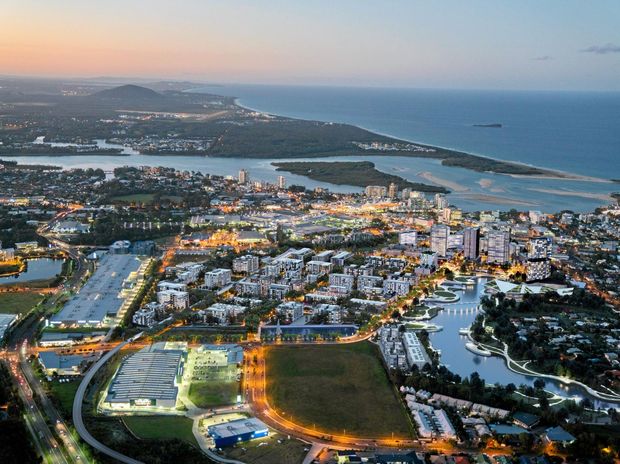