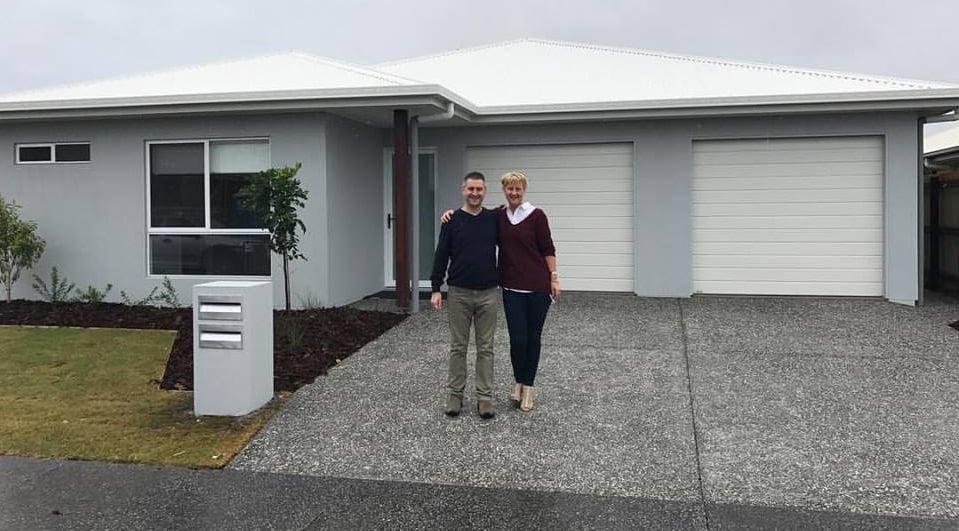 As many of you know – I love property and I love to practice what I preach. So I’m going to share with you a little about me and my property portfolio over the last 18 months. I have completed two duplexes and have just received approval for my third. Without blowing my own trumpet, this is pretty amazing considering I separated from my wife and later divorced in 2014; this was following a business break up back in 2013 and if anyone has been through either – you will know what I mean when I say it totally cleaned me out and I to start again.

So how did I get back into the game? Luckily, I had a strong business mind and have an excellent back ground in finance and real estate. I also had a loyal following of existing clients who I have cared for and nurtured for 10 years plus. I set up Blue Wave Property Strategies 18th February 2013 and made things move very fast. Web pages, logos, business cards and a cheap database system called Mailchimp. I was off and running and it was hard, but in the next 18 months I saved enough deposit to purchase my first duplex. 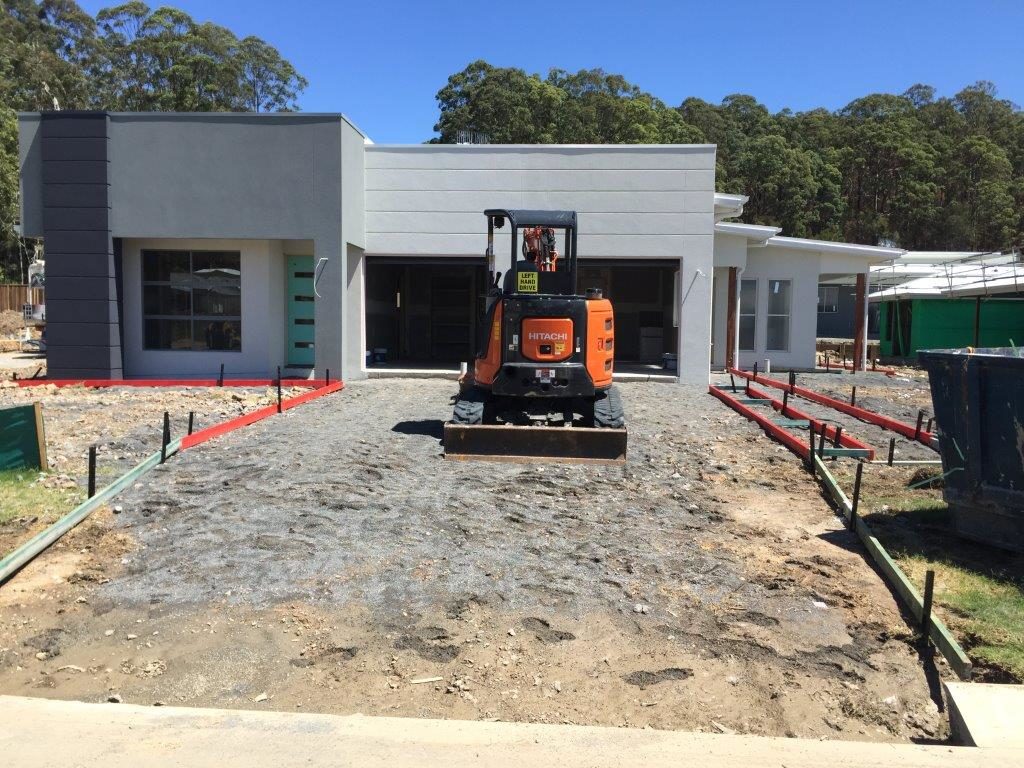 The first duplex was in Bli Bli, a suburb of the Sunshine Coast in the estate of Park Lakes 2. It is a small duplex consisting of a three bedroom, two bathroom and a single lock up garage; the second unit is two bedroom, one bathroom and a single lock up garage. The purchase price for the land and the building was $650,000, that included all the strata titling. The rental appraisals for the completed duplex was $800 per week. This is a 6.4% yield so financially it was going to take care of itself. I still own that duplex today and now that I have two titles the property is worth more than the single title. I have had valuations on the two units and they have come back at $400,000 and $330,000 giving an uplift of $80,000. No bad for 12 months! That is more than an average salary! Well in reality I don’t have the cash in the bank until I sell one or both of the units, but between you and me I’m looking at selling the smaller unit for $370,000, so I have made more than $100,000 on this deal. 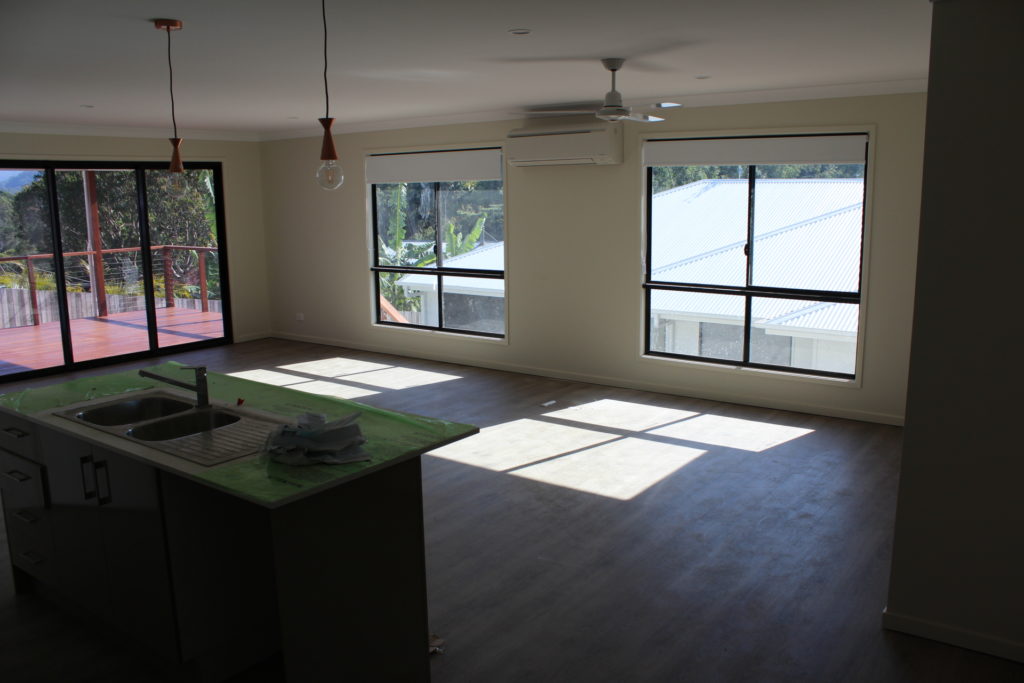 The second duplex was started about 6 months after the first and was a joint venture (JV) between my mum and myself. Mum supplied the capital and I have the serviceability. The property is located at Palmwoods in the Sunshine Coast hinterland and is walking distance to the centre of town. This one was a large duplex more like two house size units, there is also no common wall (2 free standing properties) as the block is a massive (923sqm). These units are both over 200sqm each. This one cost $800,000 for the land, build and strata titling. Now originally we had rental estimates of $450 per week but now as we come to completion, the properties are being advertised for $500 per week each. That’s a whopping $1000 per week or $52,000 a year. This is also a 6.5% yield on the property….. not bad. Now we are looking to sell one of these and keep one just to add some capital to the back into the piggie bank. We are looking a listing one of the units for sale for $500,000 so this one is going to roughly have about $200,000 profit or equity uplift.

Now I have just been approved for my third duplex, doing this one again with another JV partner where we are sharing the deposit and the serviceability of the loan. This duplex is being purchased for $715,000 for the land and the build including the strata titling. We have had rental appraisals come back for $420 per week each side giving $840 per week or $43,680 per year. This gives a 6.1% yield. We have also had sales appraisals for this one at $420,000 each side – so a total sale price of $840,000 – that’s $120,000 profit or uplift! The strategy for this one is to sell it when completed so as JV partners we will both take profits. I expect this property to be finished in 6 months.

So over the period of two years the uplift or profit on my property portfolio is looking at being approximately $400k…… not too bad!! All of these properties have been purchase in company trust structures for asset protection and profit distribution, as I said I practice what I preach.

Other examples of my clients property returns are;

Duplex purchased for $540,000, had a valuation done 18 months after construction which came back at $695,000. Giving $155,000 uplift or profit. I have another client also who purchased one of these so they too would be making the same uplift.

I have another 4 clients who also purchased in Bli Bli at Parklakes 2. With their duplexes all being similar to mine – they would also have about $1000,000 uplift in their duplexes, they just have not wanted to revalue them as yet and not looking to sell them any time soon as they are such a cash cow for them.

Another 3 clients joined me in purchasing duplexes in Palmwoods, the builds are coming to completion and we are expecting anywhere from $100,000 to $180,000 uplift on  each of these properties.

So tallying all these properties up; the uplift in property values for both myself and my property investors has increased by a whopping $1,650,000. Now that is creating wealth through property investing!! If you want to come and learn and play the property game give me a call 0434 449 455, I am more than happy to share my strategies and create one for you. The money is there to made, you just have to learn how.