Australian Cities Among The World’s Most Expensive Retail Destinations

Sydney’s Pitt Street Mall, Melbourne’s Bourke Street Mall and Brisbane’s Queen Street have been named some of the most expensive places in the world to rent a retail store.

Sydney’s Pitt Street Mall ranks among the top 10 most expensive “main street” retail locations on the planet, according to the latest Cushman & Wakefield, Main Streets Across the World report.

The report tracked 451 of the top retail streets around the globe, ranking the most expensive in each country by their prime rental value and enabling an analysis of trends in retail real estate performance.

In the Australian retail market, activity has been limited by the low levels of availability but, with new developments and lease expiries on the horizon, there are an increasing number of opportunities for landlords to secure high quality tenants. 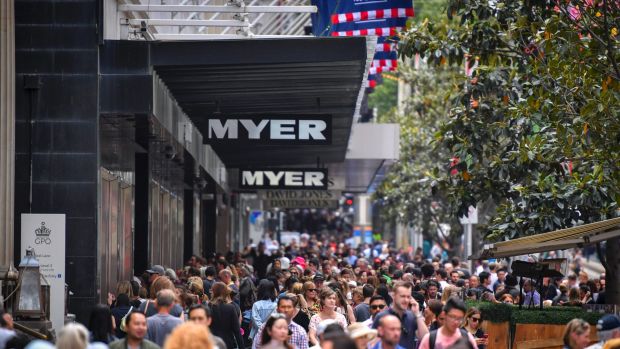 Cushman & Wakefield said one of the more recent trends has been for domestic retailers to move to suburban shopping centre locations, which has freed up CBD space for major international operators. A recent example is ISPT’s GPO site on Melbourne’s Bourke Street which was consolidated into a single store occupied by H&M, having previously been occupied by a number of smaller stores.

On a global scale, the growth of “experiential” retail is an ongoing trend with consumers strongly focused on experience, lifestyle and spaces in which they can live, work and play. This has resulted in a drift back to city centres and areas that provide housing, together with retail, food & beverage provision and other leisure such as cinemas and fitness centres.

According to the report, over the year to June, global retail rental growth amounted to 0.5 per cent, with 136 of the 451 locations monitored recording growth, while only 90 experienced a fall in rents.

It was also found that the digital sphere has in fact helped the old bricks and mortar store, by providing retailers and retail asset landlords with an opportunity to drive sales by combining their online and physical platforms to create a “seamless omni-channel experience for the customer”.